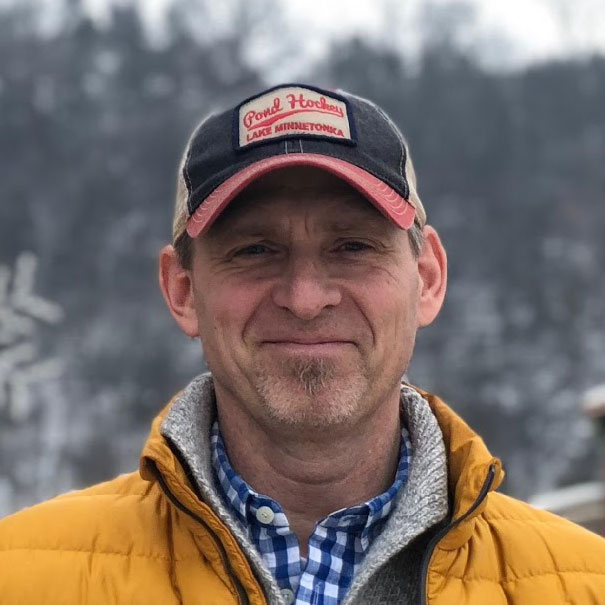 Director of Volunteers and Outreach for Loaves and Fishes

Lonny Evans serves as Director of Volunteers and Outreach for Loaves and Fishes, Minnesota’s largest hot meal provider for people in need. Partnering with those who are often marginalized is both personal and professional for him. He sometimes refers to his job as that of CEO… Connector and Encourager of Others. Lonny and his wife, Betsy, have three college-aged children and reside in Minnetonka.

Lonny has crossed paths with members of the Hendrickson family through the years. First, as a student teacher at Richfield High School when he first met Danny Hendrickson (then, a long-haired sophomore at RHS). Around that same time, Darby Hendrickson was being named Minnesota Mr. Hockey. Several years later at a Shriners event, Lonny met with Larry as the Hendrickson Foundation was being introduced.

Lonny first became involved with the disability side of MN/USA Hockey in 2002 after Lonny and Betsy adopted their daughter Elena from Russia at age 3½. Elena took her first-ever steps after having both feet amputated due to a rare medical condition. Within two years, Elena was the only girl on her all-boys mite team in Minnetonka.

Lonny’s involvement with MWBH began after Toni Gillen contacted him to help her start the newest program within the disability hockey community. Helping run MWBH is an honor, blessing and a highlight for Lonny.

Skaters within the Minnesota Wild Blind Hockey program and all players associated with the Hendrickson Foundation are living proof that Hockey Changes Lives!