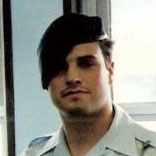 Derek grew up in Eau Claire, Wisconsin, where he played hockey for Eau Claire North. Realizing he wasn’t going to make the NHL, he enlisted in the Air Force in Security Forces. Serving from 1986-1991, he was stationed in South Korea and deployed to the middle east. After the military, Derek returned home, and finished his BBA at UW Eau Claire. Upon graduation, Derek moved to the Twin Cities for work. At this time, he began his hockey coaching career. In addition to his daytime job and coaching hockey, Derek completed his MBA at U of St. Thomas.

Derek lives in Eagan with his family. During the day, he is a sales manager for a manufacturing ERP Software company. At night, he is a level 5 hockey coach, and currently coaches the Eagan Bantam B1 team.